From director Clay Kaytis (The Angry Birds Movie) and producer Chris Columbus (Home Alone, Mrs. Doubtfire, Harry Potter and the Sorcerer’s Stone) comes another Christmas family adventure with ‘The Christmas Chronicles’, and while the film may be nowhere near as memorable as many other festive classics. I can still see the film being a mostly entertaining ride for families and younger viewers alike.

When brother and sister: ‘Teddy’ and ‘Kate Pierce’, are left alone on Christmas Eve, they devise a plan to catch ‘Santa Claus’ on camera, which soon turns into an unexpected journey that most children could only dream of. As they manage to hop aboard ‘Santa’s sleigh and join him on his task of delivering presents all over the world.

Although the two films do differ from each other in many ways, I couldn’t help but notice the similarities between this film and ‘The Santa Clause’ from 1994. As both Christmas flicks focus on characters going on a magical adventure with ‘Santa Clause’, with them usually having strong themes of family and belief throughout. However, ‘The Christmas Chronicles’ also does seem to focus more on exciting action set pieces.

While Judah Lewis and Darby Camp portray the siblings decently well throughout the film (aside from the occasional line of dialogue) Kurt Russell is without a doubt the stand-out of the cast, as he brings his usual charisma and talent to create a fresh and memorable portrayal of Saint Nick himself. This is dragged down by the film’s characterisation however, as both of the siblings are pretty bland and dull from start-to-finish.

The cinematography by Don Burgess is also mostly generic throughout the film, usually serving it’s purpose without drawing the audience’s attention away from the action on-screen. Speaking of which, the action scenes throughout the film are handled surprisingly well. From the fast car chase through the streets of Chicago, to ‘Santa’s sleigh soaring through the night sky. The weak CGI throughout the film can detract from some these scenes however, with ‘Santa’s elves in particular having some very distracting visual effects at points.

The original score by Christophe Beck is decent overall, as while not incredibly memorable, and many could see it as slightly weaker when compared to many of his other soundtracks such as: ‘The Muppets’, ‘Frozen’ or ‘Ant-Man’, the score does have a festive and pretty up-beat tone throughout the film’s run-time.

My main issue with the film is the film’s overall cheesiness, as although the film does avoid the occasional Christmas film cliché. The film is still brimming with cheesy lines and scenes throughout the film’s narrative. However, I found this to be a problem mostly around ‘Santa’s elves, as not only did these characters have an awful new redesign, but they seemed to be purely used for the sake of being cute. I also couldn’t help but think the film could’ve been improved if directed by Chris Columbus, as although director Clay Kaytis doesn’t do an terrible job by any means, I feel the director of: ‘Home Alone’ (a true classic for many) could’ve definitely made the film better for what it was.

Overall, ‘The Christmas Chronicles’ is a mostly fun adventure for a film night on Christmas Eve, as while the story isn’t anything we haven’t seen before. Kurt Russell’s memorable performance mixed with some entertaining action scenes and a very festive atmosphere all result in the film being a decent watch, as well as a low 7/10 all together. 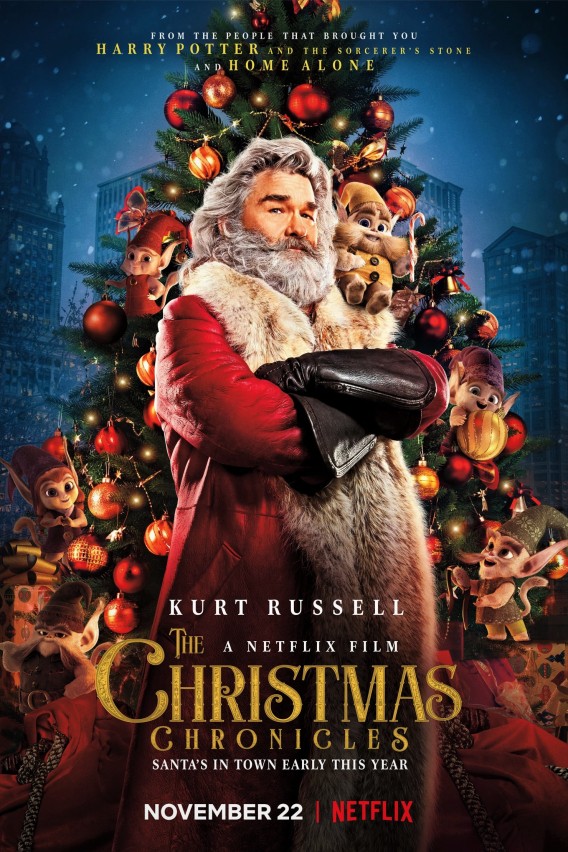 One thought on “The Christmas Chronicles (2018) – Film Review”